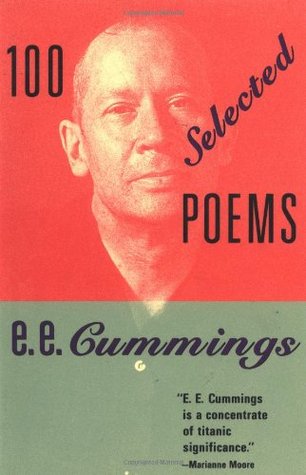 E.E. Cummings is without question one of the major poets of the 20th century, and this volume, first published in 1959, is indispensable for every lover of modern lyrical verse. It contains one hundred of Cummings’s wittiest and most profound poems, harvested from thirty-five of the most radically creative years in contemporary American poetry. These poems exhibit all the extraordinary lyricism, playfulness, technical ingenuity, and compassion for which Cummings is famous. They demonstrate beautifully his extrapolations from traditional poetic structures and his departures from them, as well as the unique synthesis of lavish imagery and acute artistic precision that has won him the adulation and respect of critics and poetry lovers everywhere.

Edward Estlin Cummings was born in Cambridge, Massachusetts, on October 14, 1894. He began writing poems as early as 1904 and studied Latin and Greek at the Cambridge Latin High School.

He received his BA in 1915 and his MA in 1916, both from Harvard University. His studies there introduced him to the poetry of avant-garde writers, such as Gertrude Stein and Ezra Pound.

In 1917, Cummings published an early selection of poems in the anthology Eight Harvard Poets. The same year, Cummings left the United States for France as a volunteer ambulance driver in World War I. Five months after his assignment, however, he and a friend were interned in a prison camp by the French authorities on suspicion of espionage (an experience recounted in his novel, The Enormous Room) for his outspoken anti-war convictions.

After the war, he settled into a life divided between houses in rural Connecticut and Greenwich Village, with frequent visits to Paris. He also traveled throughout Europe, meeting poets and artists, including Pablo Picasso, whose work he particularly admired.

In 1920, The Dial published seven poems by Cummings, including “Buffalo Bill ’s.” Serving as Cummings’ debut to a wider American audience, these “experiments” foreshadowed the synthetic cubist strategy Cummings would explore in the next few years.

In his work, Cummings experimented radically with form, punctuation, spelling, and syntax, abandoning traditional techniques and structures to create a new, highly idiosyncratic means of poetic expression. Later in his career, he was often criticized for settling into his signature style and not pressing his work toward further evolution. Nevertheless, he attained great popularity, especially among young readers, for the simplicity of his language, his playful mode and his attention to subjects such as war and sex.

The poet and critic Randall Jarrell once noted that Cummings is “one of the most individual poets who ever lived—and, though it sometimes seems so, it is not just his vices and exaggerations, the defects of his qualities, that make a writer popular. But, primarily, Mr. Cummings’s poems are loved because they are full of sentimentally, of sex, of more or less improper jokes, of elementary lyric insistence.”

During his lifetime, Cummings received a number of honors, including an Academy of American Poets Fellowship, two Guggenheim Fellowships, the Charles Eliot Norton Professorship at Harvard, the Bollingen Prize in Poetry in 1958, and a Ford Foundation grant.

At the time of his death, September 3, 1962, he was the second most widely read poet in the United States, after Robert Frost. He is buried in Forest Hills Cemetery in Boston, Massachusetts.

does this book contain the poem “i carry your heart with me”?