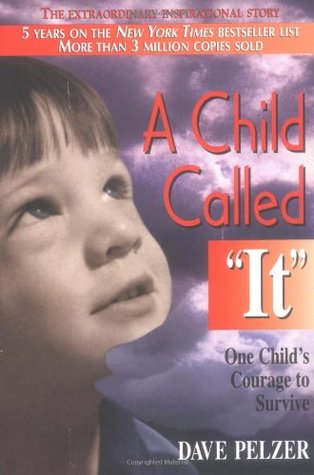 This book chronicles the unforgettable account of one of the most severe child abuse cases in California history. It is the story of Dave Pelzer, who was brutally beaten and starved by his emotionally unstable, alcoholic mother: a mother who played tortuous, unpredictable games—games that left him nearly dead. He had to learn how to play his mother’s games in order to survive because she no longer considered him a son, but a slave; and no longer a boy, but an “it.” Dave’s bed was an old army cot in the basement, and his clothes were torn and raunchy. When his mother allowed him the luxury of food, it was nothing more than spoiled scraps that even the dogs refused to eat. The outside world knew nothing of his living nightmare. He had nothing or no one to turn to, but his dreams kept him alive—dreams of someone taking care of him, loving him and calling him their son.

An author best known for his 1995 memoir of childhood abuse, A Child Called It.

At the age of 12, Dave was removed from an abusive home and placed in a series of foster homes. In 1979, he joined the Air Force and later became an author of memoirs and self-improvement books.

A CHILD CALLED “IT” IS COMING TO THE BIG SCREEN.

August 2017 – We are very excited to announce that writer/producer David Goldblum of Conscious Contact Productions has acquired the film rights to Dave Pelzer’s, #1 New York Times bestselling book, A Child Called “IT” which was on the New York Times Best Sellers List for a record breaking six years. Tamlin Hall, whose film Holden On has won multiple awards around the country is attached to direct. Dave Pelzer is adapting the screenplay alongside Goldblum and Hall. The movie is in pre-production, with production set to begin in Spring 2018. A-List talent are already circling the project. Be sure and follow us on Facebook and Instagram for updates. https://www.facebook.com/AChildCalled….

Did Dave’s mother, Catherine Pelzer, ever go to jail for child abuse?